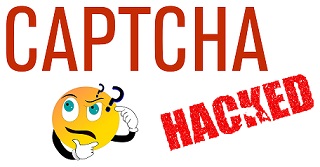 A team of scientists at Vicarious AI has shown the fresh and ground-breaking method they utilized to beat CAPTCHA. In their study released in the ‘Science’ journal, the group explains in detail their neural network and how it can be directed to cheat the software made to keep bots from accessing certain websites.

Almost two decades ago, in 2000, users all over the web were annoyed by the bots making chaos on different web resources. To prohibit access to bots, a system called CAPTCHA was created. It asks users to type in the text that is changed but still readable to a human’s perception. It is an easy task for a human, but it startles any bot. However, recently, a few teams showed that even CAPTCHA system can be cracked and destroyed.

These teams used neural networks, they taught them what CAPTCHA was, and neural networks successfully did what CAPTCHA asked, entering the websites afterwards. To get such results, the team has made the neural network to go over millions of instances to become successful at passing CAPTCHA. As soon as the Vicarious AI made the first successful attempts, they didn’t publish their findings, as it could have given a key to criminals on cheating CAPTCHA. However, everything develops, including CAPTCHA. Most of the time, instead of text, CAPTCHA is using pictures to find something particular. That’s why Vicarious AI has decided to publish their research.

The system that cracked text CAPTCHA is named recursive cortical network. It is just a depictive name. In a regular neural network, the nodes maintain new data. The network is constructed through these nodes that decide what to do with data. It is the pattern of its learning. Vicarious AI team used the same neural network but with recursion injection. Recursion is a method of software learning that works to acquire new skills and information. As soon as the new process is learned, the neural network goes from the very beginning of the task but with acquired knowledge, and it happens repeatedly until the task is accomplished.

By utilizing recursion in the neural network, the scientists essentially downsized the learning curve of their software. As a result, it needed only 5 training steps, e.g., to win over Google's reCAPTCHA in 67% of instances.