The physics Nobel Prize was taken by Rainer Weiss, Barry Barish, and Kip Thorne for the detection of gravitational waves. They will get 1.1 million dollars (9 million SEK). Weiss gets half of the reward, and Barish with Thorne will divide the second half.

A long time ago, two massive black holes were moving close to one another, creating a spiral path, until they collapsed into one larger black hole, with a mass 62 times more than our Sun. The aftereffect of this collision influenced the universe, creating gravitational waves (aka ripples) that distort the fabric of spacetime as they move.

When the gravitational waves after the collision reached our planet, they were hard to detect, as travelling through time and space, they have drastically weakened. 1.3 billion years after the collision, the scientists from US observatory saw the gravitational waves on their equipment, though it looked like a slight compression and expansion in length. To detect this small gravitational wave, the work of decades and thousands of professionals was needed, as well as billions of dollars provided by the US government. Three physicists were honored with the Nobel Prize for their work and input followed by a revolutionary discovery that blew the world of physics. 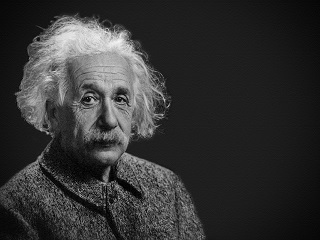 Back in the 70’s, Weiss and Thorne were working on Einstein’s theory of general relativity. It was only a theory created by Albert Einstein in 1915, so it was possible that Einstein was wrong. Two scientists created a prototype of the laser interferometer – equipment that was able to detect and measure the tiniest vacillation in length. Weiss developed and engineered it, while Throne made needed calculations. The cooperation of these bright minds resulted in the machine that sensed the compression in space time. It is sensitive equipment, able to sense a wave thousands of times less than the width of a proton. Further models of this machine are in Washington and Louisiana. The first gravitational wave was detected in 2015.

Barish was the person who made it possible to create this machine, as he organized and managed the team, creating the huge collaboration, LIGO. LIGO made a discovery. At the beginning, LIGO – run by Barish – had a staff of 40 people, and as a result, they have more than one thousand professionals contributing to their work around the world. The observatory has arms 2.5 mile in length, it is sensitive, and professional in gravitation, statistics, lasers, vacuum, space, black holes etc. work there.

The Nobel Prize is not simply a reward for three scientists; it is recognition by thousands of professionals that their work is meaningful, and they are a part of something revolutionary. Another scientist who worked with this team since the 70s– Ronald Drever, died, but according to the rules, the prize can be awarded to 3 people maximum and they should be alive.

After the first gravitational wave was caught in 2015, there were three more identified by the LIGO team. They also originated from black hole collisions. As for now, Einstein was right in his general relativity theory. LIGO cooperates with the Italian company, VIRGO, to progress in their research. Nowadays, the LIGO\VIRGO teams are working on searching for more information about black holes, collisions, and space time fabric.

Including additional resources provided by VIRGO, it will be easier for scientists to find out more about gravitational waves and their source. They also aim to find collisions of other origins, for instance, like collapsed stars. They will follow lots of them, watching their path and the waves they generate. Understanding gravitational waves and differentiating them is the next step for exploring the parts of space we cannot reach by electromagnetic waves, the parts unreachable for telescopes.