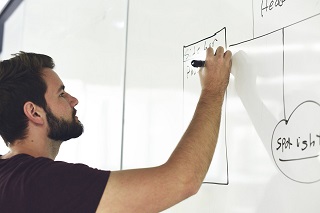 React Native is an amazing library created for cross–platform mobile apps. Here are tips on how to make maximum profit out of working with React Native.

Develop on Both Platforms at the Same Time

This is a very widespread mistake, and I did it as well. It happens when you develop features on iOS and do not test them on Android. React Native is a great multi–platform tool; however, it is more complicated and there are many details that work in a different way on Android and iOS. The best you can do is actively develop and test both platforms so you can save time and avoid stress.

The thing that must be done from the first steps is a choice of automated testing setup. With the progress of your app, it will be too complicated to do the regression test manually. It will be a very time– and effort–consuming thing to do. Sort your automated testing to avoid bugs.

If you have worked with different iOS or Android versions — you need to have real devices with these versions for trials. Android, for example, can have different screen–sizes, different hardware, smartphone types and versions of Android from manufacturers, and they should be tested.

Consider studying Objective–C/Swift and Java/Kotlin. React Native is a nice tool that will increase the tempo of development for working with numerous mobile platforms. However, there can be a situation when you need a functional that the core library lacks. For such situations, React Native has a Java Script bridge with a friendly to use API. You can even include React Native views with an already made native app. If you don’t see profit in porting functionality, you can still do it just to learn the way Native React operates. Figuring out the way Native React works from the inside will give you more prospects as a successful developer.

If you use native modules on Android to check for native warnings and errors, it is the best to use Logcat because, on Android, warnings and logs aren’t bridged to JavaScript by default, like in NSLog on iOS. So, it becomes the task a developer should do. To make this process easier – use Android Monitor – it simplifies the work for the developer and analyzes memory and CPU utilization.

Pay attention to the RN community page. RN releases something every month. Just because this library is new, the APIs are often changed. Prior to upgrading to a newer version, check if all your dependent libraries can work with the RN version of your choice.