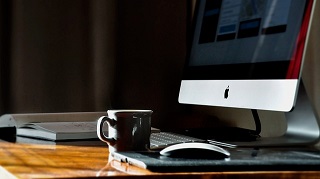 The past 10 years made a revolution in the working trends for people all over the world. Many services,, ranging from Skype to Basecamp, now offer an opportunity to stay tuned with the office atmosphere, without being physically present. The first trend of remote work was experienced by engineers, who appreciate the bonuses attached to it. We have programmers who want to work from home or any other place than the office more than those working in the offices. Lots of programmers search only for work that doesn’t require visiting the office.

According to information from 2015, more than 300 thousand full–time employees (including a small percent of actuaries and statistics workers, though the largest group is programmers) enjoyed working remotely in the United States. This number makes 8% of all the programming jobs, and it is the biggest remote working group of people. It is not so massive in other spheres, where this indicator is like 3%.

This information was provided by Quartz and its analysis of US census, the American Community Survey, and the American Time Use Survey. The study aimed to understand the people who work from home or from other places and the time they spend working. The workers who are business owners were not included in this analysis.

Engineers do not simply do their home-based job more often than other workers; during this process, they work all day at home. Remote full-time programmers work 330 minutes, on average (according to 2012-2015 information), which increases time spent at home at more than 90%, compared to the same activity in 2003-2005. For other spheres, remote working percentage increased by 50%.

Lots of people see remote working as one of the most advantageous activities they can get. The most common problem for programmers who work in offices is the concentration issue. It takes a big deal of focus and a clear mind to make the right engineering solution, and it is almost impossible when you are continuously interrupted during your thinking process. Remote working is a great option if the person has well–developed orderliness. In such case, the office loses, simply in terms of peacefulness and comfort found at home.

Different companies that, not so long ago, tried to bait programmers with various perks, like free food, office gyms, and other stuff, now need to change their strategy for skilled workers who consider only working from home. Recently, Stack Overflow conducted a survey where professionals had to rank their priorities at work. The results were shocking, as programmers chose remote working as one of the top–five most appreciated advantages. Working from home was put higher than the number of working hours, professional progress, or even health care.

We don’t know yet whether people all over the world follow the trend from the US, as there is no evident statistics regarding this question. The data states mostly that remote working is not that popular in the EU countries, but the situation in the Oriental countries is opposite to the EU.

The distribution of professionals with good salary that work out of the office can create new economic influence in the near future. For example, people with an impressive salary for the big city now live in the small city in another part of the country, which can make the financial shift from the big money’attracting cities, like NYC, SF, and others with similar pricing that make it hard to live in for regular American citizens.

Also, working from home positively influences the moral well’being of a person, decreases depressive conditions, and proves to be more productive. According to Stack Overflow data, remote workers are 11% happier with their work, on average, than those in offices. However, there can be still a correlation that skillful workers get remote jobs easier and work better.

WordPress shut down its amazing San Francisco office, as nobody works there

Remote vs. office-based software teams: Which is better?

Developers and happiness: How to increase your developer group’s mojo

Absolutely Remote Companies That Let You Work From Any Place