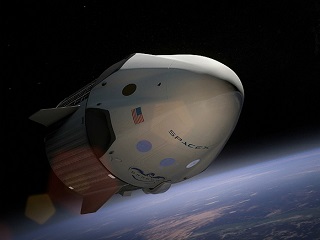 Elon Musk hasn’t forgotten the idea of colonizing Mars. This time, he is ready to give all his existing SpaceX spacecraft for this purpose.

Musk has rethought his intentions regarding transportation of people to Mars, and he stated it on this year’s International Astronautical Congress. SpaceX team has revised their plan and their spacecraft. The Interplanetary Transport System (aka BFR – stands for Big Falcon Rocket) has undergone changes and enhancements. To find resources for his BFR, he must sacrifice his other SpaceX products.

The BFR is smaller than the one he told us about at the same congress last year; however, it is more universal in usage. This rocket, due to the upgrade, can carry more than 100 people aboard and be a Moon base.

He said the universal vehicle that is easy and fast to launch can drastically minimize the costs for production and missions, and it nourishes Musk’s Mars ideas. He wants to use this model of a rocket to fulfill the contracts he has for his other SpaceX products, making BFR a universal vehicle. He said BFR can be a passenger transport that can bring you to the other part of the world in 30 minutes; it can transfer loadings of large sizes all over the Earth and on the other planets. Musk claimed BFR is so big it can fit a telescope ten times bigger than Hubble and there will still be space for the other cargo. During the presentation, the audience was laughing as soon as he showed the size of this Rocket, as it seems enormously gigantic compared to our orbital outpost.

Also, the period in which he wants to achieve his goals is nothing but daring. Musk said the company aims to have 2 BFRs completed by 2022. It is already in progress. He also said engineers are using the innovations that let US beat Russia in launches in 2017 and 21 billion dollars of funding. The propulsive system of BFR is inspired by Falcon 9, with elements of Dragon capsule. Musk admitted that involving solutions from Dragon, they have developed an anti-heat shield that will ensure the crew is secure during the process of reentry. 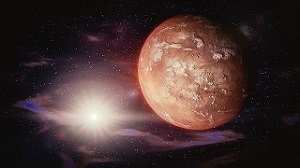 The BFR is also constructed keeping colonization in mind. Musk wants to use BFR to transport all the needed tools to build a station on a planet like Mars or on the Moon. SpaceX is also working on defining and eliminating risks connected with the first trials, and they are thinking about how to solve the water issue. In 26 months, when the Hohmann window is available again, Musk wants to construct 4 more BFRs: 2 for passengers and 2 for cargo. The main idea is to build a space station on Mars, then to use the planet as storage, develop possibilities of organic life there, and seek water solutions.

It is highly improbable that Musk and his team will achieve it by 2024; he doubts it as well. However, he believes that such a ‘deadline’ is motivating. He understands that, doing such giant projects, it is impossible to make it work in a blink of an eye. BFR will need to travel from Mars to Earth to charge with fuel, which it leads to another set of problems connected with automated docking, right place of come back, and fueling. These problems are primary tasks right now.

The journey to the red planet can take from 3 to 6 months. The spacecraft is accommodated with 40 comfortable cabins; each can fit 3 easily or 6 if needed. To come back from Mars, BFR doesn’t need a booster because of the Mars’ lack of atmosphere. The spaceship works on a full tank filled with oxygen and methane created by the engine, created and built by SpaceX.

SpaceX has a mixed reputation due to existing failures, and people would need more guarantees of safety, which takes lots of tests and proof. However, it takes courage to state your ambitious plan to the whole world, and SpaceX has all the chances to prove that ‘impossible’ is temporary.