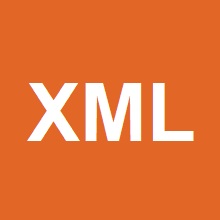 XML stands for Extensible Markup Language and is mostly used to depict information. The XML standard is an adjustable method to make different data formats and share structured files through the public or corporate Internet networks.

XML code is similar to HTML (Hypertext Markup Language), using markup symbols to depict a page or file. HTML mostly depicts the data or contents of the page (usually text or graphics) by the way it should be shown or operated.

XML data is easy to work with, as it is made for a human to work with, and data is self–depicting, and its structure is set within the data, meaning, when the data appears, you don’t have to preliminarily create the structure to keep the data. The XML recognizes the type of data and does it automatically. The XML can be used by any person or company, and it only encourages users to choose better and more convenient ways to share data. XML is commonly believed to be a lighter and more convenient version of SGML, which is a document standard nowadays.

The main compounding block of an XML document is a tagged–element. This element has a tag in the beginning and one in the ending. All the elements in this XML document are stored in the farthest removed element, called the root element. XML works with nested elements: those located one within another. XML functions with hierarchically built paradigms. The way an element is named depicts the essence of an element, while the structure defines the relation between the elements.

XML document is easily read by the XML parser and can be called ‘well–formed’ if it is compatible with XML specification, has the right markup, and the location of elements within the elements is correct. XML also can determine attributes for elements and depict features of the elements in the beginning tag.

For instance, XML documents can be understandable. You can see it below:

There is an infinite number of XML possibilities of usage. For instance, computer manufacturers might find one general way to identify information about the computer product, like the processor’s speed or memory volume etc., and then convert the description of this information into XML code. This standardized way of describing information would provide the user the possibility to use a program that searches for target information on a different manufacturer’s web–site and results in proper computer comparison, so the user can buy the most suitable computer presented.

The advantages of XML seemed sort of revolutionary when it appeared. However, it was neither a revolution, nor a universal help. The popularity of XML in such a great amount of technology made it cheap, which only decreases its real usefulness. The most obvious but damaging is the vendors who try to change XML using their own extensions. It usually makes users locked in the products with such extensions.

XML’s genius is its simplicity. It can operate with large amounts of data and join it into one XML document, giving it order, structure, and hierarchy.