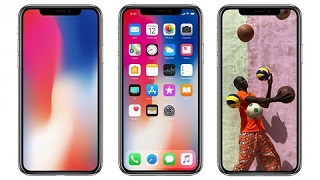 iPhone X has gone through some massive changes. The most obvious one is the absence of the ‘Home’ button. iPhone X, the latest of the iPhone series, doesn’t have Touch ID; now it has Face ID. Let’s look closer.

To cut the long story short, Apple’s Face ID is a mechanism that recognizes and detects the user’s face to unlock the phone or to confirm different financial operations. It works comparing the scanned face with the pictures in iPhone’s memory. To scan a face this way, the iPhone uses particular mount–in technology – True Depth Camera.

The small line on the top panel of iPhone X is saturated in different electronics and functions. Basically, it is the only part from the front view that is not a screen. The phone has a front camera, microphone, speaker, proximity sensor, light sensor, infrared camera, flood indicator, and dot projector. These things are on this small black line on the front top panel of iPhone X.

The new details create the mechanism of True Depth Camera, which takes special 3–D pictures of you and analyzes them using special dots. This is the way it works. 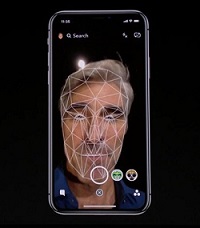 Apple has been working on ensuring that Face ID is a new level of privacy security. Specialists made it work seamlessly due to some features.

The main thing is it is impossible to fool Face ID by showing a photo of user, as pictures are 2D, while Face ID works due to an infrared camera that maps a face of the user, storing this 3D picture. To compare, Samsung’s Face Unlock is easily unlocked by showing the picture.

Apple also claims that, during tests, they have used masks with the user’s face on it, but Face ID recognized nobody except the right user, so it is hard to unlock it if you are not an owner. Phil Schiller said the possibility somebody can unlock your iPhone X is one in a million. With Touch ID technology, it is possible to unlock it one in 50,000 times. So, everybody is amazed.

However, Apple stated you cannot unlock your phone without looking directly at it or with your eyes closed. So, you must focus on your phone for a second. Though True Depth Camera doesn’t scan your eyes as security cameras, it considers information about your eyes, and it is impossible to unlock it without using this information. It is probably one reason masks do not work with iPhone X.

Also, don’t worry that someone will steal the picture of your face. All the images made by FaceID are encrypted and stored in Apple’s Secure Enclave. These pictures are never sent on Apple’s servers or anywhere else. They are only on the device and encrypted. What is more important, none of the apps can get access to Secure Enclave, so nobody can hack your face.

Though it sounds good, a security professional has found a weak spot in Security Enclave. It has been fixed, but it is disturbing, as there is a possibility another one can be found. Still, it is not perfect.

Apple representative claimed that, nowadays, there is no such thing as an absolutely safe system. However, iPhone X with Face ID can protect personal data better than any other existing technology, like Touch ID. Professionals in security systems all over the world are working on finding vulnerabilities in Face ID, so the extent to which this system is secure will be identified soon.

The usual 6–number PIN code is still available. It is not the safest technology nowadays, but it works for those people who don’t want their biometric data to be compromised.