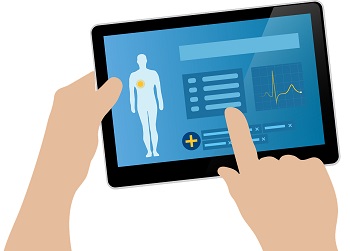 Google is on the edge of something fantastic, though some will still be pretty sceptic about it. The company has created an algorithm that can predict the possibility of human’s death in certain circumstances. The accuracy of such algorithm is almost 95%.

The group of medical scientists, professionals in computer science teamed up with three cool American universities in order to develop a mechanism to predict the chances of a patient to live or to die in terms of his or her medical condition.

As you might know, Google has invested lots of efforts and finances into artificial intelligence projects. Recently it has become the main emphasis in everything the company does, so this project is not the only one.

There was a research conducted recently, where the scientists came to the conclusion that the programs based on deep learning techniques and artificial intelligence are the most effective tools to predict the outcome of a medical condition for a person.

The traditional methods of prediction cannot withstand competition when it comes to artificial intelligence in all instances of the research. In order to compose a prediction, the software processes the data from statistics, demographical situation, anamnesis of the patient, laboratory diagnostics and analyses, and the current condition of person’s health. The most common prediction is the “impatient mortality”, which technically means death. However, the software doesn’t only report about the possibility of getting better, but it helps lots of patients and administrators, as it shows the possibility of a person to visit hospital in the next few weeks, the duration of a session with doctor and probable diagnosis, which is show in a medical billing code format.

The research looked at more than 114 thousand anonymous patients and their history of more than 200 thousand hospitalizations. The paper itself was published on Jan 26. Two hospitals took part in the research: UC San Francisco and University of Chicago.

The most important achievement gained after the research is the ability of the software to predict possible death a day or two days before it happens. It might sound inevitable, however, for modern medicine it can be the second chance for a person, giving doctors time prepare everything that is needed to save person. The online source Quarts reported that the software showed the possible death of the person one day after the person came to doctor. The accuracy of software was 93% minimum and up to 95%. It is 10% more accurate than traditional methods. However, doctors note that this is made only to make their work more efficient, and if the software says about death, it is a sign to doctors to make vital steps.