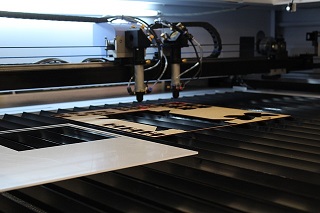 Modern robots are essentially different from the image of robots from the 90s or 2000s. When we hear robot, we no longer imagine clumsy humanoids with numerous limbs that cannot properly move or fail everywhere they are. Nowadays, robots are different and way more advanced, created for multiple purposes and exist in various sizes. This is evolution at its best. Nowadays, even tiny microbots are created. They remind us of bugs, but they don’t have limbs – they are powered by magnetic fields.

SRI International in Silicon Valley has created one of the most impressive tiny armies that has ever existed. It is called MicroFactory, and it consists of tiny ant–like robots that can move fast, creating and constructing interesting and outstanding things. It may be the first steps to make the sci–fi story, where 3d printers are outdated and microbots do everything. They are tiny, and their power is in their number and cooperation. They gather and create something together, despite their size.

The construction of MicroFactory is easy to understand. The basis here is a circuit board that creates a magnetic field. The robots here are magnets. The software adjusts the magnetic fields for robots to move in a certain manner. Every tiny robot is equipped with a so–called ‘end effector’, a special tool for a robot to fulfill different tasks, according to the situation.

Imagine you must create a lattice. You have robots that can do it for you, divided into 3 groups. The first group holds the rods vertically, the second horizontally, and the third applies glue to the places you programmed it to do so and comes back to the station to get more glue. Swarms of such small robots working together can build complicated structures.

You can use 3D printers and you won’t need to bother yourself with lots of ant-like robots. However, MicroFactory is more than rods and glue. This army has huge possibilities according to the way you program them. They can transport things like LEDs and resistors to create something more complicated.

Why do we oppose MicroFactroy to 3D printers, if they can work together in a perfect mix? Microbots can hold the construction, while a 3D printer makes last strokes to finish it. There are two possible ways of development in this case according to SRI lead engineer, Annjoe Wong Foy. The first is: two technologies can coexist and benefit from one another. The second is: MicoFactory crowds out 3D printers, as it can work with more materials.

SRI is not the only team that uses microbots for their purposes. The huge audience that readily accepts microbots is medicine–related. For instance, recently, there has been research that showed microbots can trap a yeast cell in a special cube. They set individual cubes into strings in water, sticking them from one corner to another. Each cube has one side applied with a thin coat of cobalt on it; that’s why they are magnetic. The magnetic string was used to manipulate bots. They can regulate when the bot opens or closes the string. It is a sort of biochemical microscopic tweezers that open or close according to the settings for their magnetic field.

Yes, these small cages are amazing, though the example is trivial. It opens possibilities, like putting ill or damaged cells that pose a danger to our health into cube, especially with the ability to program them to follow such bad cells in our body and insulate them. These microscopic bots have lots of ideas on usage that need more time for development and trials.