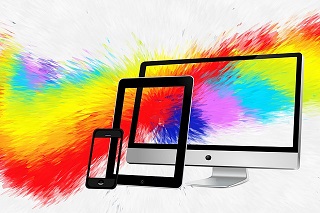 Maybe you don’t know, but at this second, subatomic particles from outer space are damaging your personal electronics and gadgets.

If you have experienced the dead blue screen of your computer or if your smartphone froze for a while and then you had to do a special set of actions to make your electronics work again, you can find manufacturers, like Apple, Samsung, or Microsoft guilty. However, often the system breakdown can happen due to the electrically charged particles from outer space that reach beyond the solar system.

Bharat Bhuva, an expert and professor of electrical engineering, says this problem is huge and still neglected. He introduced this issue in the presentation at the annual meeting of the American Association for the Advancement of Science (AAAS) in Boston in February that concerns the risks of space weather and influence of those particles on our electronics.

When cosmic rays race at fractions of the speed of light and hit the atmosphere of our planet, they cause the creation of secondary particles, like energetic neutrons, muons, pions, and alpha particles. As for living organisms, these particles have no effect on them. But the fraction of these particles is charged with so much energy it prevents the normal work of mechanisms of microelectronics. When these particles influence electronics due to their interaction, the particular bits of information or data of the device is changed. It is commonly believed to be a single–event upset (SEU).

Though it is complicated to understand the route of these particles, when and how they work, their effect is not physical, but the aftereffects cause significant failures that are hard to classify. It makes the effect from these particles hard to identify and make any statistics. Bhuva says, when one bit of data is damaged, somehow there may be many reasons for it. It can be related to a manufacturing problem, software failure, and so on. But when every system of the device is seemingly flawless and no problems should occur, it is time to think about the damage from SEU. He told that such instances are numerous, and the problem is only escalating.

He makes an example of the bit damage in the electronic voting machine in Belgium that led to the 4,096 additional votes to one candidate in 2003. The mistake was revealed because the candidate got more votes than it is possible to get. After that, the machine was checked and the damaged bit was found in its register. Another instance of damaged bit that led to the crush of the whole system took place in the avionics system of the plane ‘Quantus’. The flight was from Singapore to Perth, and the mistake led to cutting off the autopilot.

The effects of this damaged bit made the plane dive 690ft in little bit more than 20 seconds, enough to hurt over a third of the passengers and made the plane come back to the strip. There were also other strange problems with computers, and scientists believe it is SEU related. That one bit caused the recall of more than one hundred flights, financial losses, and changed plans of people.

At Cypress Semiconductor, two specialists tried to investigate the effect of SEU on the later generation of technology. They made the rate of SEU related to malfunction on the personal electronics. The rates and analysis of their findings were published in Electronic Design News, in 2004, and included following facts:

– A regular cell phone with 500 kb of memory may have only one error in 28 years.

– A set of routers used by most Internet providers and has 25 GB of memory may have a SEU related error that stops the system every 17 hours.

It is a serious point of concern, as it is getting worse with the growth of memory capacity of modern devices and their cut–off in size. We use it more and there are situations where our life and safety depend on such electronics, and any failure can cause essential loss.

Bhuva says this study only proves this problem exists, and it is false that we didn’t see it coming. Lots of research on radiation and its influence on technology was done, especially for manipulations in outer space, but a similar effect on the Earth was also foreseen.

Even though the results of the research are mostly proprietary, Bhuva explained the general tendency they discovered in the previous three generations of electronic circuit technology: 28 nm, 20 nm, and 16 nm.

Nowadays, all the spheres connected with human life know of SEU impact and now are elaborating possible ways to eliminate the potential damage. The sector that suffers from SEU the most is personal electronics. It is a problem that engineers and scientists must tackle, but regular consumers cannot help it. We can only wait.