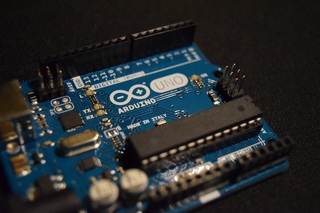 As for now, lots of related devices can communicate with the web and other similar products or smartphones. However, they cannot communicate with each other, as the hard–\software, protocols and manufacturing standards differ from item to item. Let’s take remotely managed devices for home use: for most, you will need different applications on your smartphone. Sometimes, you will need your PC to adjust settings and check data. Only if devices worked conjunctly from the stage of manufacturing – they will successfully cooperate. It is complicated to make your alarm clock send data of your awakening to the coffee machine; to accomplish this, you should create it yourself or find one company that produces both alarm clocks and coffee machines that cooperate.

Nowadays, it is a tough task to create one platform and standards for technology to cooperate, even if different manufacturers make it. Another complicated task is to make all these devices be managed by one ubiquitous mobile app. Lots of people are working to make it happen soon. The Qualcomm with others created a special AllSeen Alliance to build a software framework that works without a platform – AllJoyn. Worldwide companies, like Samsung, Intel, and Cisco, joined their forces to develop open–source platform IoTivity. In 2015, over 160 companies revealed their specifications for IP–based protocols for the cooperation of low–powered related devices. Also, there is a possibility that CableLabs is working on the solutions to make cable boxes serve as hubs to join different devices.

Lots of other platforms for the cooperation of such smart devices have been released or are in development right now. HomeKit (Apple), Project Brillo (Google), SmartThings (Samsung), Ninja Blocks, Evrythng, Artik (Samsung), and Wink hub comprise only the beginning of the list. Few of the mentioned serve as hardware hubs, while the others are apps or platforms that lead to the IoT. Some need license, some are available for everyone, some need to be set up by the user, and others are preset by the manufacturer. These are massive steps towards IoT, as lots of them cooperate and work with different brands, but they are neither universal nor standardized. It would be a huge success if having control over every device in the smart home would be in one place, as it is easy, organized, and secure. 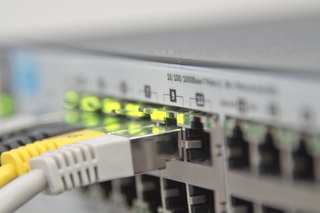 There are other issues concerning IoT. IoT is a problem for modern Internet. By default, we use IP to route devices on the web. The standard IPv4 34–bit was created in 1981, and it is made of 4 digits (from 0 to 255) separated by a period. It creates 256 options for each of the four digits. Due to such restriction, the number of IP–addresses is limited and equals approximately 4.3 billion. This number has come to an end, and lots of companies nowadays are trying to buy addresses to move to the next version – IPv6.

IPv6 is a 128–bit standard that creates an enormous amount of IP–addresses: approximately 340 undecillions (36 zeros after number). It is made of eight slots of 4-digit hexadecimal values with colons. The problem with IP–addresses is that, despite the version, the devices that need IP–address can always exceed it. However, as a result, newer and newer IP versions can be created to suit the demand of addresses. Companies must put their budget and strength to make their devices (and in addition platforms, software, hardware, and networks) adjustable to new IP–addresses. Speaking of nowadays, most of the latest devices can operate with IPv6.

There is a solution for the problem that occurred recently, called network address translation. It lets you see all the networks and devices assigned to one IP, meaning the Internet has the ability to target the whole network as a needed device. After that, the network distributes data among its devices, collecting and directing information to the right device. This mechanism of work is more suitable for business, companies, and organizations and their data and devices.