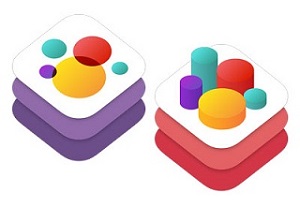 Games are the leading product available for download at the Apple Store, so it is not surprising that iOS 8 has introduced many changes to help developers create more interesting and involving apps. The one particular change that interests us the most today is SceneKit. In 2012, it was presented for OS X developers. SceneKit is oriented on making the developers’ work easier when working on apps that contain 3D scenes. It is not a very complicated tool for console quality games. It is made for improvement of rather regular apps.

What SceneKit can do

SceneKit provides a wide range of innovative technology created for the production and development of 3D games. It contains a physics engine to help control the way objects move. It also has a particle generator to provide better user experience during explosion scenes, making them look more real. What’s more, SceneKit also allows for programmers to script the actions of 3D objects in these games.

The game creators can make 3D scenes in their games easier and faster than they could before. The animation will be more enhanced; things and their motion will seem more real. So, there will be less unnatural movement, graphical explosions, or awkward gravity visualization if they use SceneKit. 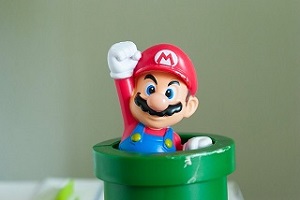 SceneKit can cooperate with another technology called SpriteKit. Using gaming terminology, ‘sprites’ are the objects in the game that can move. Any character or object in your game can be a sprite, whether it is a character, a flying bullet, or stones after explosion. Sprite was introduced in 2013 with iOS 7 to integrate 2D objects into iOS games. After the amendment of SpriteKit in 2013, SpriteKit made it possible for characters to move in a more natural manner. Also, SpriteKit could make it easier to identify if the object in the game is hit or collided with something else. Some lighting effects were improved.

The cooperation of SceneKit with SpriteKit is expected to simplify the process of including objects they’ve created through SpriteKit to their 3D games when developing these iOS games.

SpriteKit is also being developed. Among refreshment, we can see better light sources, field forces, per-pixel physics that make it possible for characters and objects to interact in a more natural way and determine that interaction is taking place, and inverse kinematics that allow to synchronize motion of objects and characters during their interaction.

Why SceneKit is essential

The developers of games usually count on middleware like a code that makes it possible for them to create several special effects and interactions in games in an easier way. Though middleware use comes in handy when you have a deadline, it usually provokes troubles with games’ performance, setting strict frames on the functionality and creativity of the gameplay. As SceneKit is available to any coder that works on iOS X projects, it is easier not to use middleware that provides limitations, but this tool that offers decent quality for 3D scenes in the game.

iOS 7 is quite a stable product nowadays and has a huge development potential and possibilities, encouraging Apple to make it easier to work with. Tools similar to SceneKit make it easier for developers to create cool games for iOS, and it makes sure Apple will have enough new apps released to satisfy the user.