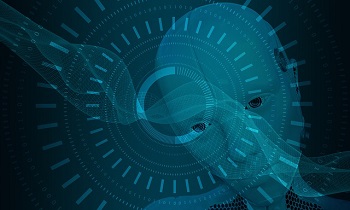 An ancient Voynich manuscript is being decoded by the artificial intelligence at the University of Alberta.

Back in the 19th century, when the Voynich manuscript was found, though it belongs to the 15th century, it has startled and confused the greatest minds of cryptographers and historians.

However, the technological progress nowadays can help to solve the mystery of this manuscript. The scientist of University of Alberta Greg Kondrak and Bradley Hauer (his student) decided to create an algorithm for artificial intelligence to understand the vague meaning of manuscript writings. Greg Kondrak is a professor in natural language possessing and Bradley is his student who used the technology for the case study.

To start, they’ve needed to identify the language of the manuscript, which is coded on the numerous pages of the parchment with paintings. They decided to take four hundred language samples from the Declaration of Human rights in order to become one step closer to the original language. Initially scientists supposed the language to be of Arabic group, however after the analysis it turned out to be rather a Hebrew one. Simply identifying the Hebrew vector already means a lot. The next question was how to find out the meaning behind the words.

Their another assumption was that the writing was made with the help of alphagrams that depict one phrase through another, like an instance of vagueness of manmade language. Keeping that in mind they created an algorithm to decode such text. As a result, almost 4/5 of the words were of a Hebrew origin. However, they didn’t know whether these words had meaning when combined.

As scientists didn’t find ancient Hebrew researchers, they decided to use the first thing that came up to their mind. It was Google Translate. And it worked out. The sentences had a grammatical structure. The first sentence was a strange one, but still it had some meaning, so the scientists decided to move forward. But still, they need help from the professionals in ancient Hebrew in order to translate the manuscript fully and reveal its secrets. As for now, they’ve decided to apply their algorithm to other manuscripts that are not translated. Greg Kondrak is a professional in natural language processing and he believes that by the means of AI, we can decipher lots of text unknown before. Natural language processing helps make the interaction between the human and computer easier, as computer learns to understand human’s language. However, we do not only speak with words, we also write, and it is important to help computers understand our written language and the phrases that are not direct or have metaphorical sense, as it will simplify human’s life a lot.