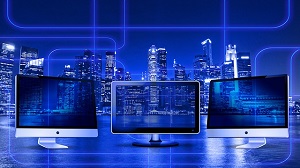 The World Wide Web Consortium (W3C) claimed Web Real-Time Communications (WebRTC) v1.0 has now all the planned and primary features. The specification is going on its Candidate Recommendation period to get any feedback or recommendation from the community, and after that it will change the status of the Proposed Recommendation.

WebRTC is a number of protocols and APIs that make real time communications possible, especially like live video conversation between browsers and mobile apps. “The WebRTC framework offers the construction parts that allow app developers to smoothly introduce video chat in gaming, fun, and organization-level apps,” according to W3C.

The work of W3C on WebRTC began in 2011 in cooperation with the Internet Engineering Task Force (IEF). The protocols will empower web browsers with access to cameras and microphones, as well as configure audio/video calls. Configuring an audio-video communication system needed years and millions in input. Nowadays, we reached the technology that allows to combine two ready and standardized blocks as a free option in any browser or web app. In other words, live virtual conversations do not need to be a product that can be bought. It is a simple and basic feature available to enhance any online experience. So, to gather on online meeting, you need not face problems with configuration and services performance; you just need to send your group a link.

As a bonus to its real-time audio and video features, WebRTC will provide the possibility to send files or data from one person to another using the web.

WebRTC 1.0 is anticipated to change status to Proposed Recommendation by the middle of April 2018.

The next steps WebRTC will undertake is to concentrate on making this feature work from different browsers and platforms, which means cross-browser and cross-platform testing through the release of an open source engine to make it happen. The team will do everything needed to change the project status to Recommendation. Other updates will involve improving WebRTC v1.0 APIs, perfecting the design, and preparing for the next version of WebRTC, and thinking on adding extra functionality.

W3C said, with the development of WebRTC for the last few years, the API evolved considerably, and now they know which features should be worked on, which should be included, and how the final result should look.