Have you noticed how strange and ineffective the production cycle of software development is? It is usually too long, expensive, and rarely corresponds to the tasks set.

A rising need for being faster and more flexible led to the creation of new guidelines and activities; however, it didn’t help much. Forrester Research stated there is a great need – among 88% of participants in their research – to include more updates and releases regularly.

The IT industry has taken a long time to get used to endless integration and release related stuff. Now, it has learned the perks of automation. Now, the end user can get real control of applications for any purposes. Let’s find out how.

Not meeting expectation is almost a tradition

According to the research done by McKinsey and Company, over 50% of the big IT projects with funding beyond $15 million enormously exceed the budget. Usually, the company needs 45% more money than stated in a contract, and it takes 7% more time than negotiated. And that’s not all bad news; the resulting product usually is far from the client’s expectations. As a result, this massive project is rarely used.

This waterfall model fails to be effective for software development. Imagine the way software is made, nowadays. You know the target user who needs particular software. Then you ask a business analyst to refer users’ needs in a list of requirements to the programmers. Programmers transform the list of requirements into the code. At last, testers double check the correspondence of code to requirements.

After the lifecycle comes the most important part: user test of the software. So, what usually happens? Obviously, they have critique and demand alterations. Some requirements were lost due to miscommunication; other requirements were simply missed while all the information was sorted. Agile methods of development tackle this problem, but the reality shows the opposite.

The situation like this appears not because of unprofessionalism or negligence. To envision the final version of the software and to describe it in detail is as hard as getting inside of someone’s head. The other side of the situation is that developers usually work with a focus group or a person representing all the users, and they think these people can speak for everybody, which is never true.

Little progress in the needed direction 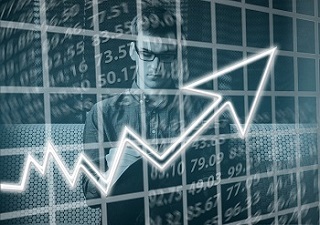 The hype about agile methods of development, DevOps integration, and automated release management is aimed at cutting the issues that accompany the usual model of development. Nowadays, developers understand that making the project and broad feedback from users are two essential components.

However, that’s not everything. Gatepoint Research has recently conducted a massive study on Trends in DevOps and concluded 36% of companies fail to release their products on time regularly; 69% experience troubles connected with app release. Preparation for release takes hours, days, and weeks, accordingly 44%, 20%, and 6%. Among the participants who experienced release troubles, 81% are included in Fortune 1000 with annual income estimated in billions. They also were asked what can bring their business to a higher level, and more than the half of the participants said it would be cutting off the time to finish a product. How can it become reality?