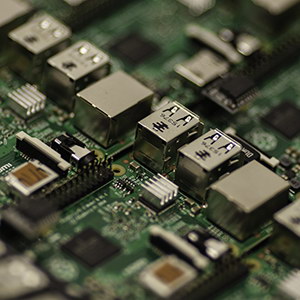 The concept of IoT was in creation when computers didn't even exist. The telemetric systems of the 20th century that transferred encrypted messages, phone connections, radio and communications with satellite as machine to machine communication existed though the computer hadn’t been created yet. For the first time, telemetry was used in 1912 to transfer the information from the Chicago-based power plant to the central headquarters through telephone lines. It was a starting point for using telemetry in environment tracking and even to track the data from outer space.

The computer age began in 1969 with the introduction of the Internet by the U.S. Advanced Research Projects Agency. However, the wider use of the Internet became available in the early nineties when Tim Berners-Lee made it possible to be online for people in different places of the world. The Internet nowadays is something as familiar as electricity. The potential of the Internet is continuously growing, covering more places and developing with technology. It became an almost irreplaceable thing in our everyday life. With the development of the computers, mechanisms decreased in size, and nowadays, we have the full computing power in the size of the smartphone or even less. Mobile devices can connect to Wi-Fi or Bluetooth and communicate, exchange and adjust data with other devices. Today such opportunities are presented to the gadgets in general, not only to mobile devices.

The emergence of cloud services also influenced the creation of IoT, as now the servers are connected in enormous data centers and process the information from different gadgets. All of these gadgets can be interrelated and send any resulting data to your smartphone or other device of your choice in your home that is a hub and receives and transfers information through different types of connection: Bluetooth, Bluetooth LE (low energy), 6LowPan, IEEE 802.15.4, NFC, ZigBee, Z-wave.

Connection can be maintained by Wi-Fi through router or modem or through cable, as Ethernet or power line networks. It can also work through your home cellular network and receive and\or analyze information from other gadgets in proximity to you.

Most of the IoT gadgets have special hardware that involves processors that send the signals on what actions to perform and which type of data to collect to sensors. Sensors can track lots of indicators, like movements, chemicals in an environment, temperature, amount of light, level of moisture, intensity and availability of body movement. Communication hardware sends and gets signals.

Such related systems can read the information from the devices close to them to get specific data, like those you get on your smartphone about traffic situations. Smart technologies cooperate with tags, like RFID, barcodes, or QR codes, to get the information about the object. Smart systems that work through devices need power; that’s why they often have a connection to an energy source, solar panel, or even batteries or power banks. Nowadays, a lot of work is going into wireless recharging solutions as a future model of charging.

The connected devices each can have their own software; however, it is also possible for them to operate through cloud-based software or through the Internet. It gives more opportunities to work with bigger amounts of data. Lots of devices have an ability to react and become more and more flexible, depending on the environment and situation, which allows them to program themselves if it is needed. These processes are fast due to the modern speed of the Internet connection, so the devices operate and respond in real time.